With high winds forecast we opted to avoid the woods, with the potential risk of falling branches and dead wood debris, and instead headed off to the Meadows so the children could experience the exact opposite - large swathes of grassy meadows blowing in the wind.

We had explained to them why we were not going to the woods - and we had a conversation about what wind was ("Energy" said John) and why we couldn't see it ("it's hiding in the clouds" said Arthur).

This Forest School immediately had a very different feel - wind and wide-open spaces invite children to run excitedly, often bumping into each other playfully. But there was not as much shelter as we normally have in the woods and so we hunkered down out of the wind for lunch (delicious veggie pasta - thank you Debbie!). 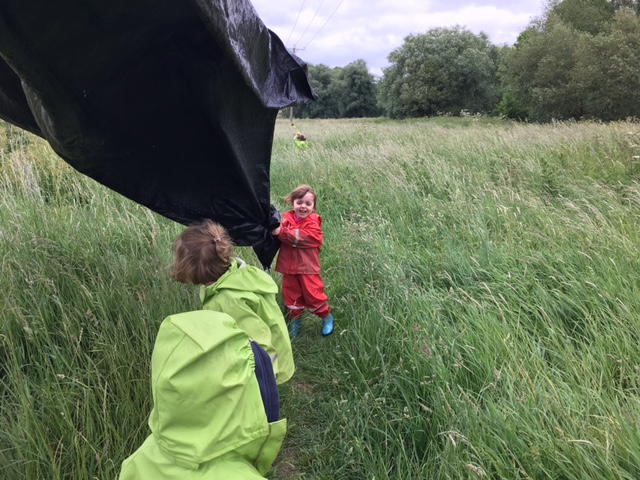 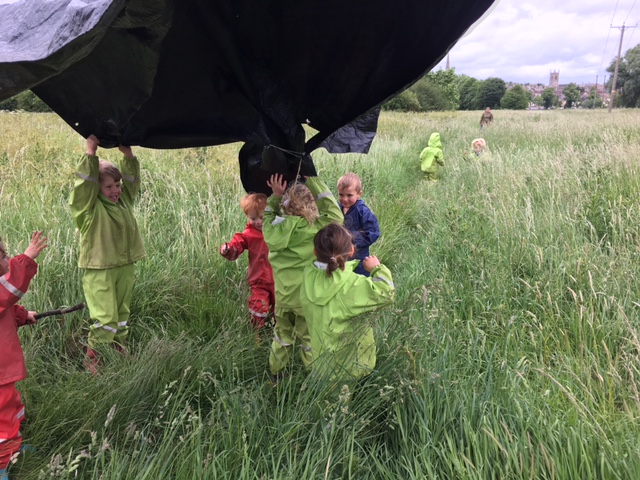 We had all been sitting on a tarp, but after lunch, as we set off I didn't pack it away. The wind soon took hold of it and it flapped around wildly. Some of the children saw this as a challenge to try and bring the tarp under control. They really felt the strength of the wind as it tried to blow the tarp away as some of them held on to the corners and others enjoyed running underneath it as it flapped. They worked out that if they sat on it the wind didn't have control - they did! This then led to some lovely interaction as they turned it into a dragging game and had to work out for themselves that the more people lying on a tarp makes it much harder to pull! Two people pulling one person was the most fun! "Pull harder," says Charlie. "You hold it here," says Darcie to Eva showing her the best place to get good grip on the tarp. 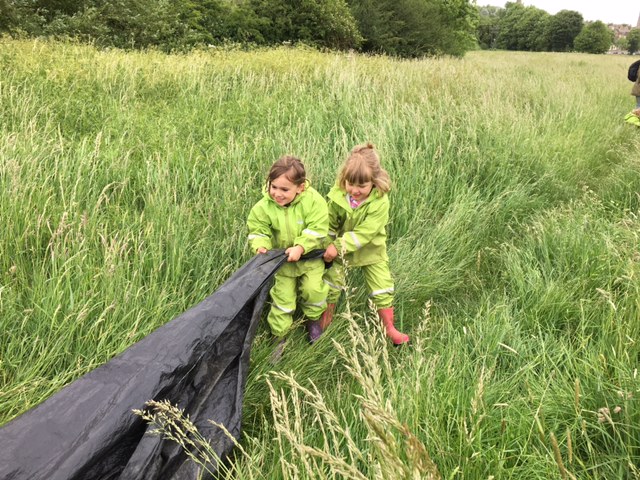 The long grass swaying in the breeze, and the absence of stinging nettles, was a huge invitation for the children to venture off the path. Having enjoyed running around in the wide open spaces they chose to experience the closeness of the long grass brushing against their bodies. There was no path for them to follow, so they made their own tracks and let their imaginations run wild - pretending to be 'stuck' or in a jungle. 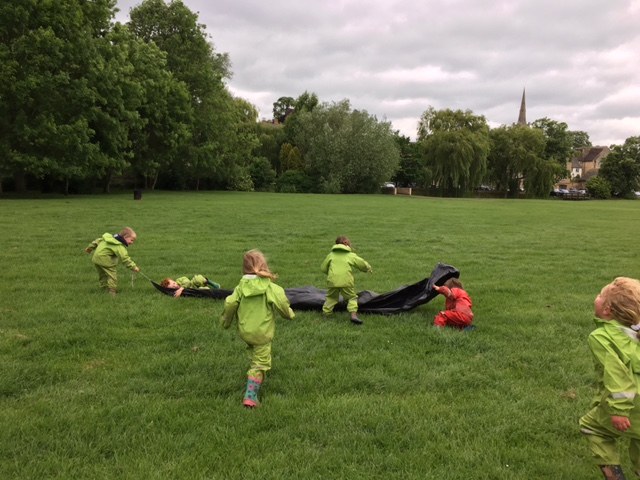 On the way back, away from the long grass, they chased the tarp as it blew along the ground and rolled each other up in it, before rolling themselves along the ground, as if they were being blown by the wind!

A different, windy and yet very satisfying Forest School!