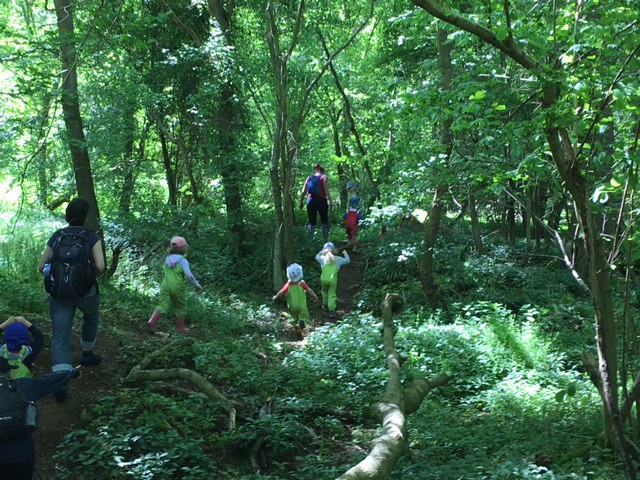 With each passing visit to the woodland, this group of children is growing in confidence, capability, thoughtfulness (thinking about their surroundings) and curiosity.

The sheer scale of the woodland allows the children to experiment with 'spreading out' - being slightly further away from their friends and adults; much more so than in a building or garden. This creates new opportunities for interactions between each other as well as their environment. As adults, we are observing more and more dialogue between the children - often kick-started by a discovery of some sort in the woods: a slug, an oddly-shaped tree, a brightly-coloured beetle, a hole in the ground.

These interchanges between the children and the natural world around them are fertile ground for their imaginations, creativity and building relationships. We are observing significantly more team-work, collaboration, dialogue and 'looking out for one another'. This is what repeated visits and experiences as a group can create.

Here are a few pictures and examples of fascinating interplay between the children: 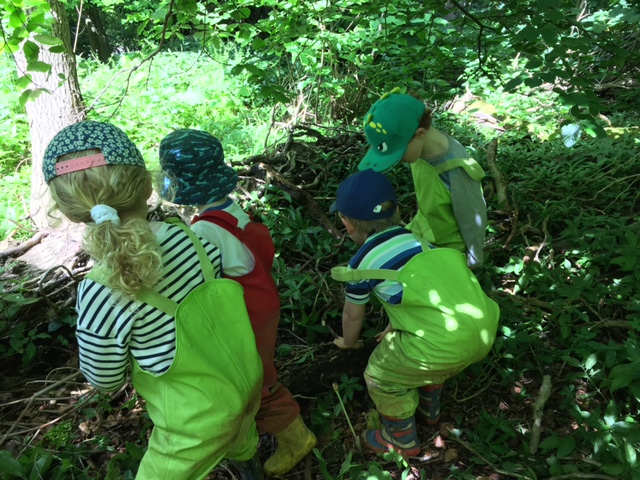 "This is our real camp." John

"We finded it last time. It's not a house. It's a secret hideout." Edward

They began to clear loose sticks from the floor of their den.

"Let me help you." Esther

"We can help each other." Arthur 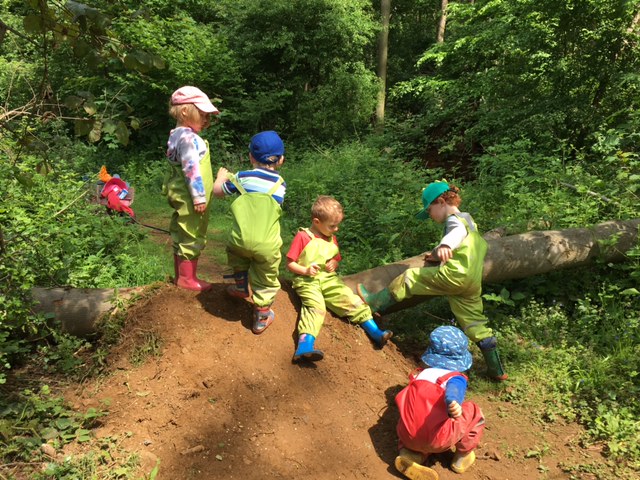 The children discovered a ramp of some kind had been built against the fallen tree - this proved a great draw! They took longer and longer run-ups and ran up the ramp and off the log!

"It's a dinosaur ramp!" Edward. 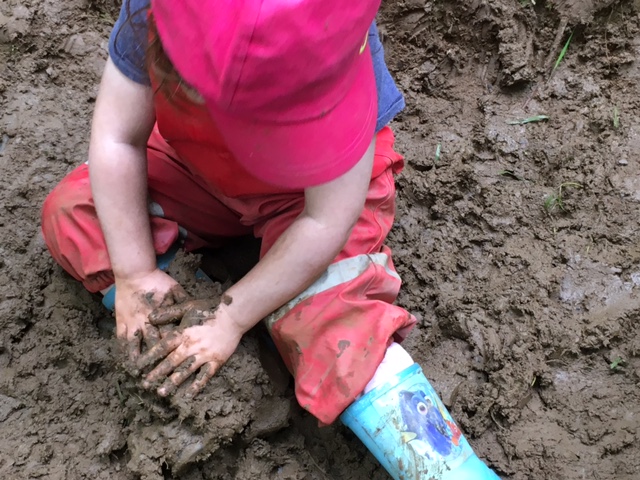 They are also becoming more and more 'hands-on' with nature. I have never before seen children explore, touch, use, spread, smear or squash mud as I did this week. There was no 'fear' of getting dirty; no yuckiness in touching sticky mud. Just absolute joy and real concentration as they explored the sticky mud with many parts of their body! They were particularly taken by the way mud changed your skin colour when you smeared it over your arms. 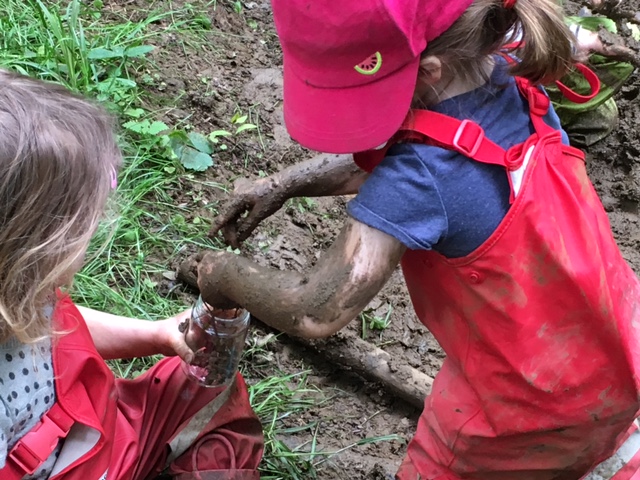 Collecting mud samples to make back to TCG. 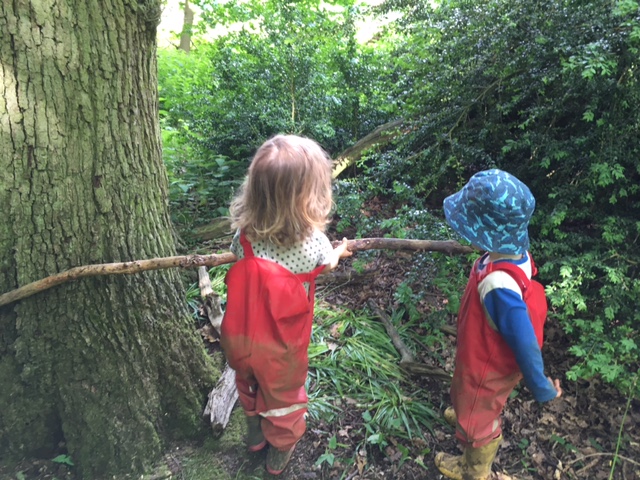 "We are putting this here to stop people walking into the stingers!" Georgia & Arthur